Over time it is one of the tasks that are still sought after because it is not easy to do, although it is feasible with some of the available applications. Karaokes usually have musical tracks, separating the voice so that they can be sung by all kinds of people in their rooms.

The same thing happens on Android, there are many apps that are sought to suppress the voices of a theme and save it to use the base with our own voice. A program that does this task easily on PC is Audacity, complete audio editor and that is not available in the Google system.

We will explain how to remove the voice to the songs step by step, as well as recommending the best apps to work with on your phone. A simple utility to use for this job is SingPlay, which will also act as a karaoke if we want to sing a song at any time.

Remove vocals from songs with SingPlay This app is considered as one of the best when it comes to removing the voice from songs, being one of the easiest to use as well. SingPlay is available outside of the Play Store, which will make us have to download the tool from one of the known download portals.

SingPlay can act in several ways, one of them is to remove the entire voice or sometimes almost completely remove them, leaving some echoes in it. Many karaokes usually do that, leave a part of the echo to be sung on top of them and you can record what you want, without limitations.

To remove vocals from songs with the SingPlay app, Do the following:

It's free and it does karaoke

The SingPlay app is usually effective, plus it's fast for what we are looking for and it is a free utility, it has everything to be the best when it comes to removing voices. It can do karaoke, it does the work of two applications in one, we can also record on the fly the song that interests you the most, whether it's a well-known hit or even sing on a downloaded basis.

From looking for a karaoke as well as taking the voice off a track, it is one of the most complete right now, and it is usually updated periodically. The developer with the passage of time is correcting errors, many are minor changes and others are added, such as some musical bases.

You can choose a track, mute the vocals and start recording with the button first, once you press it, it will give you several seconds to get ready. SingPlay is a wonderful application with which we can have fun with family and friends, all quickly and using only two buttons.

How to record with SingPlay

SingPlay goes beyond removing the vocals from songs, gives you the possibility to record while live and give a fresh air to all the songs. It is a perfect tool for everything with just the right options, but being the precise ones when looking for the two functions.

Recording in SingPlay is done as follows:

It's a quick way to silence as much as possible, you can hear some voices in the background that will be barely noticeable and can help you go to the correct part of the letter. If the track doesn't add any more echo voices, it will be completely muted, having the entire backing clean.

Audacity is not accessible on Android, so if you have a computer it is another quick solution, the program is free for all users. It is an audio editor that has been used by many stations and some still use the app having optimal performance.

To separate the voice from the musical base, do the following in Audacity:

Of the applications to remove the voice of the songs, it is one of the best after having tested the tool with more than 50 different songs. SplitHit is based on doing your job the right way, complying as the most and without any limitation.

You can remove the voice from the song and being able to sing along to the new music-only track, the app is similar to SingPlay, but faster. SplitHit also has the option of being able to divide and save the tracks separately, as if you were a true professional DJ. It is one of the apps that removes the voice and separates the music track to store it in any directory on the phone, choose a folder where you usually store files. Maker: Sonic Melody only requires two steps to separate the voice to the songs, so it can be positive for users with a low level.

Includes Sonic Melody Vocal Remover tool, Similar to Vocal Remover, a service that is available on the Internet, it requires nothing more than a Wi-Fi or mobile connection. The Vocal Remover utility removes the voice or voices that appear on the track, leaving the musical instruments clean. 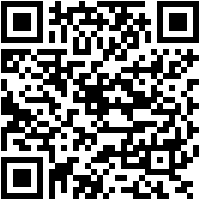 The content of the article adheres to our principles of editorial ethics. To report an error click here!.

Full path to article: Androidsis » Tutorials » How to remove vocals from a song on Android

It may interest you

News in your email

Receive the latest news about Android in your email